According to a study, more than three out of four photos of sleeping babies show them in an unsafe environment.

BabyCenter analyzed 500 photos from Shutterstock, iStock and Getty Images, and 77% of them were found to be in a position that puts them at risk of sudden unexpected infant death syndrome (SUID).

The study found that the most common safety issue was a baby sleeping with something in their crib, such as a blanket (35%), a pillow (18%) or stuffed animals (16%). Babies also frequently sleep outside of a crib or bassinet, such as on a soft surface (16%) or adult bed (12%). In 12% of the photos, a baby is sleeping on his stomach or on his side.

The above resting positions go against the American Academy of Pediatrics (AAP) guidelines for safe sleep. 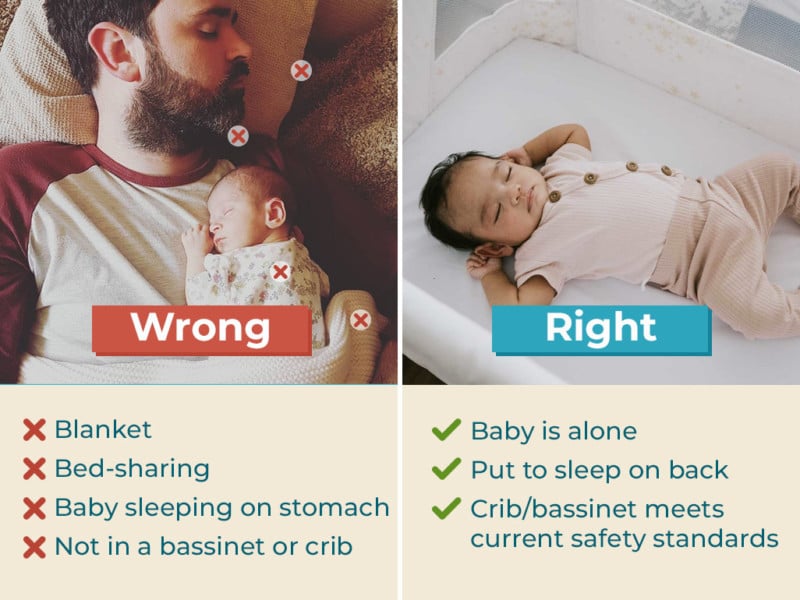 “Mainstream media can use these images for stories about baby sleep — and when they do, they risk creating a false sense of security about practices that have been linked to sleep-related deaths,” says Olufunke. Afolabi-Brown, MD, a board-certified pediatric sleep physician and leader of BabyCenter’s Virtual Baby Sleep Course.

“I suspect most of the outlets using these photos don’t realize they’re displaying unsafe sleeping practices. But unfortunately it creates this expectation that, ‘Well, if the reputable companies that display these photos are using them, then it must go.” 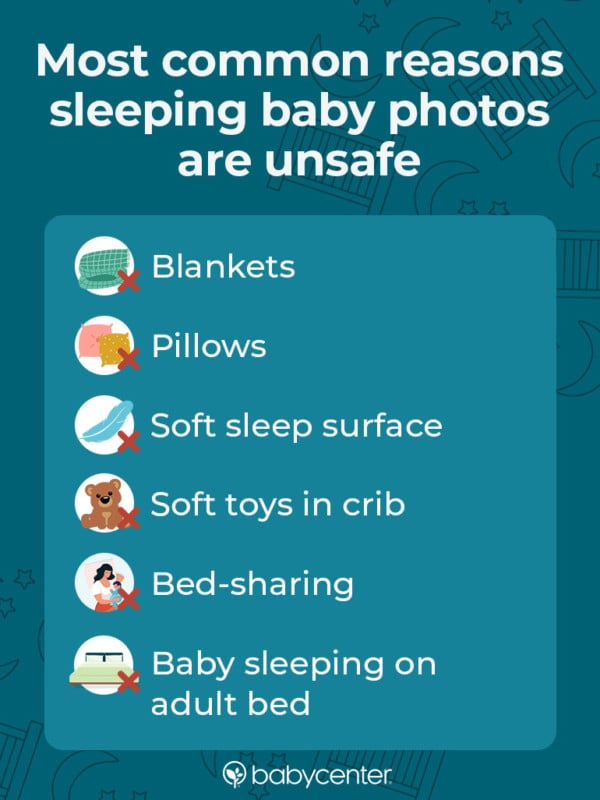 “I was surprised at how common dangerous sleep images are,” says Dr. Brown.

The BabyCenter has provided an album of royalty-free images that show babies sleeping in a safe environment.

It’s easy to see why photographers can tend to picture a sleeping baby, which goes against AAP guidelines.

The photos the BabyCenter provided show pretty much just a strand and a sleeping mat. Most photographers will not hesitate to add cute elements to their shot, such as a blanket, a blanket or even a moment of tenderness between parent and child.

Many of the authors of these stock photos were probably unaware that they were normalizing what is considered an unsafe practice.